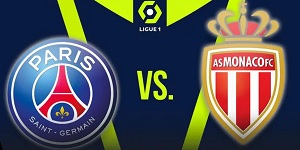 The round in the French Ligue 1 is full of interesting matches, but the icing on the cake is left for last. PSG welcomes Monaco in Paris and although the two teams are at a great "distance" from each other, the guests can take something from this match. They are in good shape and even if they are eighth, they are only five points away from the second Rennes. Parisians are unreachable at the top at the moment.

PSG are eleven points ahead of their opponents for the title after only seventeen rounds, but they are not convincing. This led to two consecutive draws with Nice and Lance, in which the team scored only a goal. Neymar is injured for the upcoming match, and Lionel Messi is still with only one goal. At home, however, this may not be a problem, as the mistake against the Eagles was the first at home.

Monaco is unbeaten in eight games in all competitions. During this period, the team won first place in its group in the Europa League and took at least one point in five matches of Ligue 1. The problem is that only three wins were achieved, as in the championship they came in the previous two rounds against Metz and Angers. The Monegasque are not the best guest, winning only three of their eight visits.

When these two teams face each other, it is logical to expect goals, but today's match is insidious to predict. I think that the opponents will be able to score, but the good form and the few goals conceded by Monaco lately, however, direct me in another direction. It will be extremely surprising for PSG not to win a second consecutive home game, but I do not expect them to do so more than twice. So far, the Monegasque have not conceded more than two goals per game this season and I expect this to be the case today.