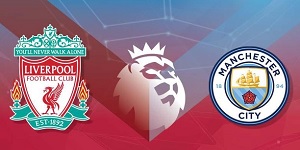 The big battle in the last seasons of the English Premier League is fought between the teams of Liverpool and Manchester City. During the current campaign, the clashes between these two opponents do not cause less interest, but the bet in them will not be at the price of a title. The Merseysiders have failed to live up to expectations in the opening rounds and are languishing in tenth position, with Klopp admitting the team have no way of challenging for the title. This is normal when you have a deficit of 13 points against Manchester City, and they are not even at the top of the table.

Last week, Liverpool played a weak match and lost 2:3 as a guest of Arsenal. The fact is that a clear penalty was not played for the Reds in a 1-0 scoreline for the London club, but the superiority of the Gunners on the field was palpable. It was Liverpool's third consecutive league game without a win, with wins over Bournemouth and Newcastle remaining the only so far.

After nine rounds played, Manchester City is the only unbeaten team in England's top flight. There were not one or two moments in which the team was behind in the result, but it created at least a partial turnaround. In the last three rounds, the Citizens have shown attacking prowess, scoring a total of 13 goals in wins over Wolverhampton, Manchester United and Southampton.

During the week, these two teams were defending England's honor in the Champions League. Liverpool took their revenge on Rangers in a 7-1 thrashing at Anfield with Salah scoring the fastest hat-trick in the history of the tournament. Man City did not register for the first time since the beginning of the season with a goalless draw as a guest of Copenhagen. However, the Sky Blues are a sure participant in the round of 16, which in practice also applies to the Reds, although theoretically Ajax has a mathematical but unrealistic chance.

These fights have become a real spectacle in recent years. At the start of the new season, Liverpool won 3:1 for the Community Shield, and in April they did it 3:2 for the FA Cup. The two meetings in the past season in the English Premier League ended with a score of 2:2. Only in one of the last eight games were there fewer than four goals and I don't think that will happen again today. Holland is in phenomenal goalscoring form, and Liverpool have that relentless drive. Defensively there is a lot to be desired even from Guardiola's team, and Klopp's can be said to perform very poorly in this aspect of the game.