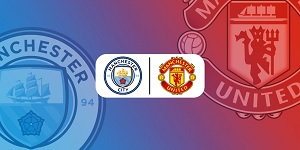 After the North London derby yesterday, today is the Manchester derby between City and United. The hosts enter the match in second position, while the visitors have bounced back from a poor start and have already won four straight to move closer to the Top 4. However, the Citizens remain huge favorites for final success today.

Manchester City is the top scorer so far in the English Premier League, having scored 23 goals while conceding just six. However, they were enough for two unexpected shoots in draws at Newcastle and Aston Villa. With five wins, the Citizens were unshakable, barring the reverse at home to Crystal Palace. In the last round, Man City won too easily with 3:0 their visit to Wolverhampton.

Manchester United fans hardly want to think about the terrible start of Ten Haag at the head of the team. However, the subsequent response was satisfactory and the Red Devils quickly got back on track. In two of their four wins, United have managed to defeat two of their foes in the form of Liverpool and Arsenal, which is sure to please their supporters.

Manchester City are also playing well in Europe, where they are on course to win their group early. In the first two rounds, the Citizens defeated Sevilla and Dortmund, and in the next two rounds everything should be decided with two games against Copenhagen. Manchester United, on the other hand, struggled in the Europa League, where they lost to Real Sociedad, but then beat Sheriff Tiraspol to get back into the game for top spot.

Of course, Manchester City is the team that has won this rivalry more often in recent years. Last season, the "Citizens" won 4:1 at home and 2:0 at the enemy's stadium. Before that, however, Manchester United were on a three-match winning streak at the Etihad Stadium, where they have won significantly more often than their opponents in the last eight games. Interestingly, there has been no tie between the two teams in any match since 2017.

Regardless of who they are playing against, Manchester City are the more attacking team and have the ball a lot of the time. This season, however, there are not a few matches in which the "Citizens" allow hesitation, having already fallen behind in the result against Palace, Newcastle and Dortmund. From what has been seen in Ten Haag's first two derbies in England, his United will be counter-attacking in the big games, but his players are carrying out his instructions well. I think we will witness an interesting and productive match, in which the guests will get an honorable goal.