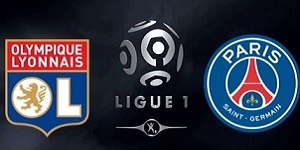 As usual, on Sunday night it is time for the derby of the French Ligue 1. Today in the city of Lyon face the local Olympian and the unwavering leader PSG. Before the start of the season, the Kids were considered one of Messi's and company's rivals in the title fight, but after the campaign was halved, they are 22 points behind the top and are only thirteenth in the standings.
So far, Lyon have won only 33% of their matches, and just before Christmas they suffered a major setback in four consecutive matches without success in the championship. However, the "Kids" remained undefeated in three of them, and the points shared with Bordeaux and Lille can not be considered a serious shootout. However, these are the last two home games for Lyon, in which they lost to Reims 1: 2 and drew 1: 1 with Metz.
In December, PSG was unconvincing in Ligue 1 and made several mistakes that cost points. Full success was achieved only in the derby with Monaco in Paris, and draws were recorded with Nice, Lance and the penultimate Lorient. Prior to this series, PSG stumbled only twice, as it happened outside with a loss to Rennes and a draw with Marseille.
Interestingly, all the shoots for Lyon at home came against teams from the second half of the table, but there is still no host of teams from the Top 5. PSG is performing very poorly in matches with stronger opponents, failing to signed in the three matches with the other teams in the Top 4 - Marseille, Nice and Rennes. Messi and company still do not win as a guest with an opponent from the first half, and Lyon's place is definitely there.
In the first match between the two teams this season, PSG won 2: 1, but this happened in an equal match and after a complete turnaround with a goal from a penalty and a winning one in added time of the match. Today I expect it to be even harder for Pochettino, who cannot count on a bunch of busy players with CAF 2022 and more on the injured and sick Neymar, Kurzava, Draxler, Di Maria, Danilo and Donaruma. Messi remains in question. There are also important absentees in the hosts' camp, including strikers Slimani and Ekambi. Contrary to expectations, I expect a few goals, a serious tactical clash and a shootout for PSG.