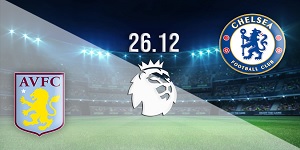 Aston Villa meet Chelsea at Boxing Day in a match of the 19th round of the Premier League. Judging only by the results until mid-November, many would surely be surprised that at this point Aston Villa is the team in shape, not Chelsea. Under Steven Gerrard, the Villans have won four of their six games. Even from the losses against Manchester City and Liverpool, we can draw positives from the performance of Aston Villa.

Chelsea's problems began after a 1:1 draw with Burnley in early November. Even then, it was clear that the Blues were not as effective as Thomas Tuchel might have hoped. In the following seven rounds, Chelsea achieved only three victories, two of which with a goal difference. The injuries of N’Golo Kante, Romelu Lukaku and Ben Chilwell, and subsequent problems with infected players further complicated the situation.

On Wednesday, Chelsea still raised their heads and eliminated Brentford in a quarter-final match for the Carabao Cup. Thomas Tuchel used the occasion to give a break to some of his key players, who have amassed a lot of matches in recent weeks. In the first half, Brentford beat the young team of the "Blues", but in the second half Chelsea equalized the game and congratulated themselves with the win. This was the first away victory for the European club champion since December 1, when they triumphed 3:0 against Leicester.

I am somewhat surprised by the high odds for Aston Villa on Sunday. December is a very problematic month for Chelsea not only this season, but also in recent years. Historically, Aston Villa have not won a single game in six games against Chelsea at Boxing Day, but currently have the potential to end the negative series. Chelsea made many mistakes in defense and after the injury of Ben Chilwell almost did not keep a clean sheet. The only match in which Aston Villa did not score under the leadership of Steven Gerrard was the visit of Liverpool. The draw with Wolverhampton last Sunday was the first time this season that Chelsea have not scored as a guest in the Premier League.